Charting the Course of Noyo Harbor: From Early Days to the Modern American Fishery 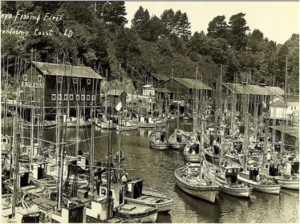 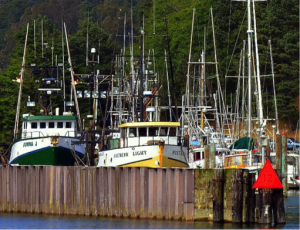 At the mouth of the Noyo River, where it meets the Pacific Ocean, Noyo Harbor has a rich history of fishing, community, and commerce.

This region of California’s North Coast, where the Fort Bragg Groundfish Association is based, has long been home to generations of rugged hard-working fishermen who define the culture of the oldest and proudest profession.  Most days, before dawn, boats of all sizes head out to sea navigating toward their most productive fishing grounds to harvest some of America’s favorite seafood, like salmon, groundfish, prawns, urchin, and crab.

These fish stocks have been essential resources for many generations in Noyo Harbor – from the Pomo people indigenous to the region, to American settlers arriving in the 1850s, through to today’s modern fishing communities. Over the last 150 years, fishermen and the communities they support have shifted with the changing tides within the industry, of government regulation, and Mother Nature. In the ever-modernizing world, today’s fishermen are using cutting edge technology, contributing to scientific research, and working in collaborative partnerships. All the while, they are developing a high-level business acumen that extends beyond the vessel and the dock.  Among all these changes, Noyo Harbor continues to buzz in the hands of these pioneers who have redefined fishing, as we know it. 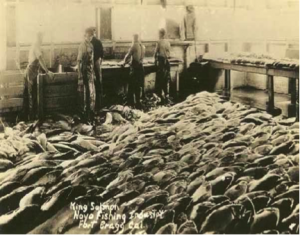 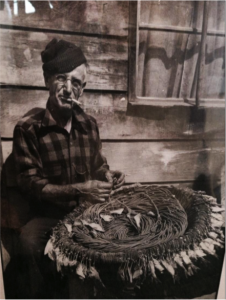 Back in the late 1800s, Noyo Harbor was first established as a port for logging and fishing. For over a century, these were the primary industries in Fort Bragg. By 1960, the Noyo Harbor District was established. As the fishing community continued to expand, additional industry-support services and structures were put in place to provide the resources necessary for the working waterfront to flourish, and flourish it did.

The remarkable fishing boom in the early part of the century did not last. The surge of fishing in the region combined with the lack of fisheries data led to increased concerns about the impact on local fish populations by the 1980s. To stabilize these local fish stocks and insure the future of the commercial groundfish fishery, new regulations and restrictions were established over a period of 20 years that reduced access to important and historic fishing grounds and included trip limits and a federal buyback to reduce the size of the fleet and decrease pressure on the resource. These measures, which were made in an effort to rebuild fish populations and preserve habitat also resulted in fishermen leaving the fishery and caused a significant decline in the local economy and infrastructure as many fishermen abandoned their longtime livelihood. 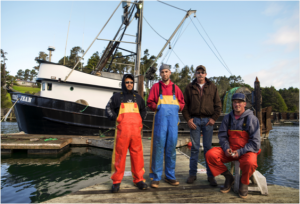 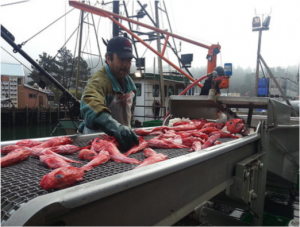 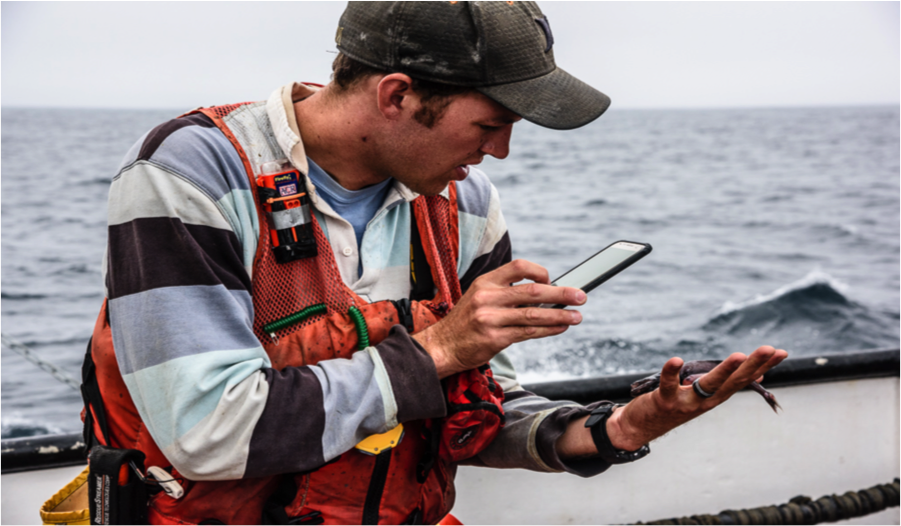 In the years since, fishing business in Noyo Harbor has grown into its modern form: working within a new world of regulations, technologies and science.

The traditional catch – salmon, groundfish, crab, and sablefish – are still mainstays on the docks at Noyo Harbor. However, groundfish fishermen under the catch share program today are catching them with more accountability than in the past. These fishermen are required to take at-sea observers on board 100-percent of fishing trips, with every pound harvested taken into account for management. In addition, fishermen now are identifying ways to improve the fishery and provide greater flexibility to operations by experimenting through exempted fishing permits. Under these permits, some fishermen are using cameras as an alternative to at-sea observers. Fishing operations are working to inform science by carrying a biologist on board to take samples and data back to the lab. Local fishermen are also working to reduce their catch of species of low stock by leading the way in gear modification innovation. Noyo Harbor is also home to a group of fishermen leading the way in collaborative partnerships to voluntarily share information in real time on the water about areas with low-stock species and sensitive habitat.

“I like to say that I spent the first part of my career learning how to catch fish. Now I’m spending the end of my career learning how to avoid catching fish,” says Vince Doyle, captain of the F/V Verna Jean in Noyo Harbor, of changes in the fishing industry over the past decades. He and other local fisherman have been leaders in creating and embracing technology in part to avoid protected species and to reduce bycatch.

Fishing vessels have also modernized with available technology and more complex needs. Sonar equipment and other technologies have changed how fishermen chart the open ocean. Data collection is a driving factor in fishery management.  Multiple buyers in the harbor specialize in receiving, processing, and selling the daily catch. Today’s Noyo Harbor has many working parts – all straining to make a living while working within expectations and regulations. 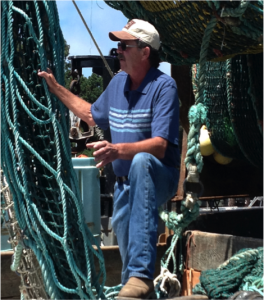 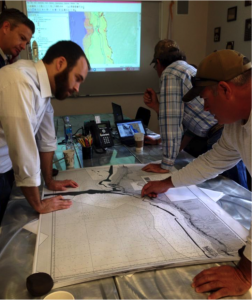 For modern fishermen, this long arc of progress has shaped today’s work.

The livelihood of an American fisherman relies on a broad range of skills – far beyond just catching fish. There is a unique set of business skills mastered by captains and owners of an ocean and land based operation that only an exceptional group of men and women understand. Policy, engineering, planning, science, and technology, are all within a day’s work for the American fishermen. This extraordinary profession goes beyond catching fish on an ocean that tests the boundaries of fishermen’s fortitude – on land, today’s fishermen create collaborative spatial fishing plans to protect marine resources, belong to industry associations to improve conditions for fishermen and communities, and engage and contribute to the regulatory process. Growing and thriving in the modern fishing industry requires grit, perseverance, a willingness to adapt, and a true love the sea.

“You have to be a mechanic, fisherman, businessman, and the head motivator of yourself and your crew,” says Captain Vince Doyle. “Really, you need to be a diverse, committed person to make it work. And you have to be ready and willing to adapt to constant change.” 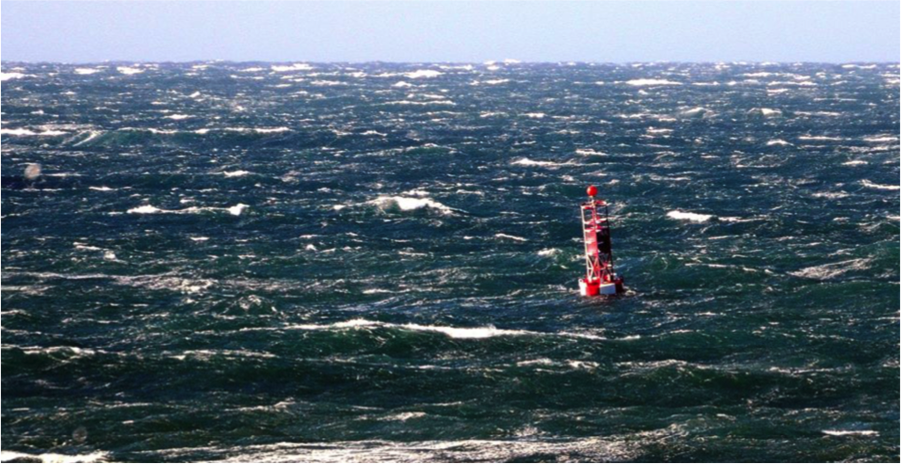 Today, our ongoing work and commitment in Noyo Harbor is shaping its future.

Now as much as ever, this work is reliant on one major factor beyond the port: the everyday seafood lover. Without the support of individuals in the community and beyond, these fishermen would have no market for their catch. As the fishing industry becomes an increasingly global market, it is all the more essential that local communities, like Fort Bragg, find ways to buy and support their local seafood industry.

The fishing community strives to balance the need for their livelihood today with their preservation efforts for the future. Fishermen and seafood lovers alike are all “stewards of the sea” – responsible in their own ways for how the fishing industry and ocean ecosystems will be for the next generation. In Fort Bragg and beyond, local communities are standing together: seeking out local seafood, supporting and starting businesses that champion local seafood and the health of marine resources.

To learn more about the Fort Bragg Groundfish Assocation, read more here. To follow the upcoming stories, subscribe to our FBGA newsletter.