Getting to Know Groundfish: The Delicious & Nutritious Fish of the Ocean’s Floor 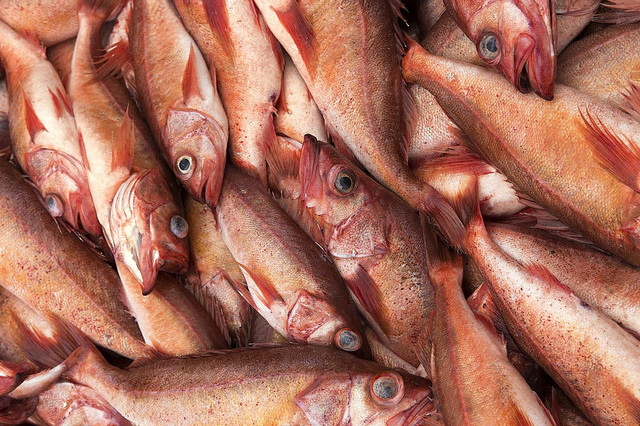 The common name “groundfish” refers to any fish that lives near or on the floor of the ocean.

The fishery includes some well-known fish like flounder, halibut, and sole – along with more than 90 different species of flatfish, rockfish, and roundfish. Groundfish can be categorized as midwater, deep slope, shelf, slope rockfish, nearshore rockfish, and nearshore flatfish. On the West Coast, some of the better-known species are Dover Sole, English Sole, Petrale Sole, Pacific Sanddab, Starry Flounder, various Rockfish, Longspine and Shortspine Thornyhead, Lingcod, and Longnose Skate.

Near the ocean floor, groundfish live in varying habitats, some rich with coral and grasses, and others on sandy bottom. For the fishermen in the Fort Bragg Groundfish Assocation, over 95% of their fish are caught from sandy bottom. Groundfish typically feed on a diet of krill, shrimp, smaller fish, and other ocean invertebrates. To adapt to their habitats, many species have developed unique characteristics – sometimes strange or surprising! For example, many flatfish have downward- or upward-facing mouths, depending on the usual direction that they catch their food. The flat-shaped halibut has a “migrating” eye that slowly, as the fish matures, moves from the bottom to top of the body, so both eyes eventually look upward. All species have certain features – shape, color, texture – that help them to camouflage along the ocean’s floor. 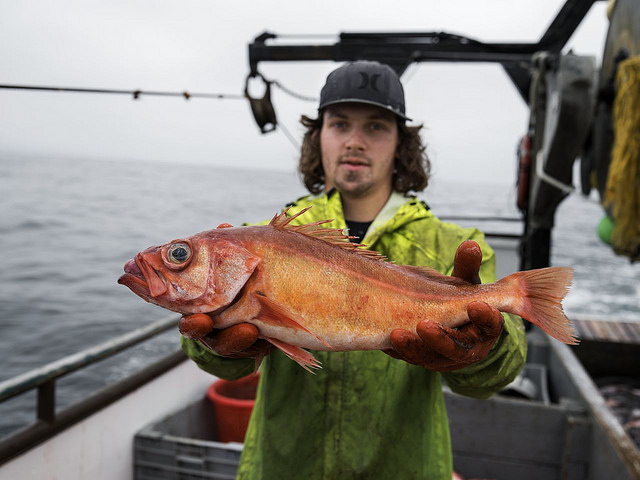 On the West Coast, groundfish have been part of the human diet since the earliest natives inhabited this area.

Over the years, groundfish have been caught with trawl, troll, longline, hook and line, pots, gillnets, and other gear. The commercial market for groundfish was first established by settlers in the early to mid-1800s. This market shifted and grew over the 1900s, as economic markets and fishing policies shifted. After significant growth, the groundfish fishery hit “bottom” at the end of the 20th century, when a combination of longterm factors led to an overfished and heavily impacted fish population. Since then, enormous efforts have been made towards environmental sustainability. Today, the groundfish fishery has evolved into a sustainability success story, as it continues a remarkable recovery from its near collapse in 2000.

In 2014, the Monterey Bay Aquarium’s Seafood Watch program rated 21 species as “Best Choice (green)” or “Good alternative (yellow)” – a significant move for many species that had been labeled “Avoid (red)” just years earlier. The fishery’s newfound success is thanks to collaboration at the federal, state, and regional levels – as well as the hard work and dedication of forward-thinking fishermen. All are invested in the longterm sustainability and availability of groundfish for years to come. 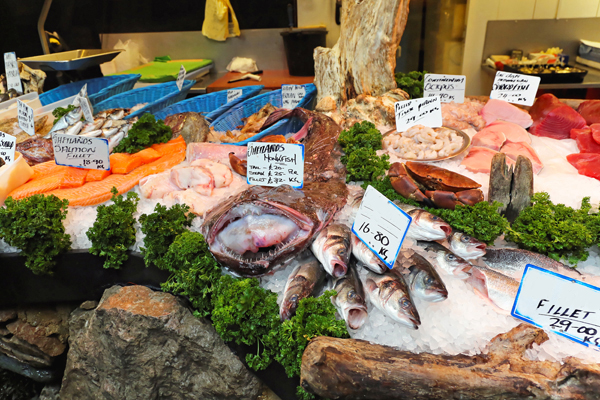 Today, groundfish are a delicious and abundant, if too often overlooked, option at the local fish market.

Available in great abundance, groundfish are a top-quality resource – both in flavor and nutrition. Like many fish, they are a great value for a lean, healthy source of protein. Their mild flavor and flaky texture are a favorite of both professional chefs and home cooks. The ongoing consumers helps the fishery continue to make its economic recovery in tandem with its environmental work. On the West Coast, many seafood lovers and environmentalists alike are coming out in support and celebration of the groundfish.

Here are a few recipes for some favorite groundfish…

Want to learn more? Read more details about our seafood.